You guys….
All of those gay people?
They can totally and legally get married now.

That would be my reaction if I was a conservative.
Since I am not a bigoted, soulless, hater of all things that might make other people happy and fulfilled, let’s  start over.
You guys….
All of those gay people?
They can totally and legally get married now.

Look, I am like, 88% hetero. I probably kissed a girl in college (I don’t remember…there was a lot of Boones Farm consumed) and I appreciate a beautiful woman. Like, I can look at a woman and be all ‘If I loved women, I would totally stalk you on Facebook and lean on your elliptical at the gym and stuff.’
I will also confess that, despite having two very gay uncles (beyond the birdcage, you guys), I did not really understand homosexuality until I was out of college. I was aloof and didn’t care about who was gay, who was straight, or who was in-between. Transgender? Transwhatever! Can I borrow that skirt?
I thought inclusion was a matter of NOT caring. Then my best friend came out to me. I listened as we lay on the trampoline in his backyard, staring at the midnight sky, his voice quivering as he all but begged me to forgive him for being anything other than straight. I hugged him and told him I didn’t care, it didn’t mean anything to me.
It wasn’t until many years later, long after our friendship dissolved, that I realized that it did matter that I care. That it should mean something to me. Because without it meaning something to me, a person in the majority, he would never have the full support of his community and government to marry, love, and nurture the person with which he chose to share his life. Without me as an active ally, he would never have the same legal rights that I am entitled to in my heterosexual union. Without my caring, he could not justify why his love of another should be treated as equal as much as mine.
In the simplest terms, that fucking sucks.

So I present myself to all of you with my hetero hat in hand, whilst standing in the driving rain to tell you that I am sorry that I wasted so much time not caring.

I am sorry that you and every gay person before you did not have the freedom to be relentlessly gay.
But… you guys…no matter when it was that I or anyone else totally got on-board the ally train, as of today, y’all can get married in all the fifty states. No Matter What!

Rock the fuck on with your bad selves! You killed it! You did that because you deserve it! And I can’t wait for you to show all the haters, pessimists, and bigots that we are all the same. No better, no different.
Love is love.

(P.S. If you are on the East coast, please invite me to your amazing weddings.) 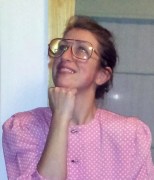