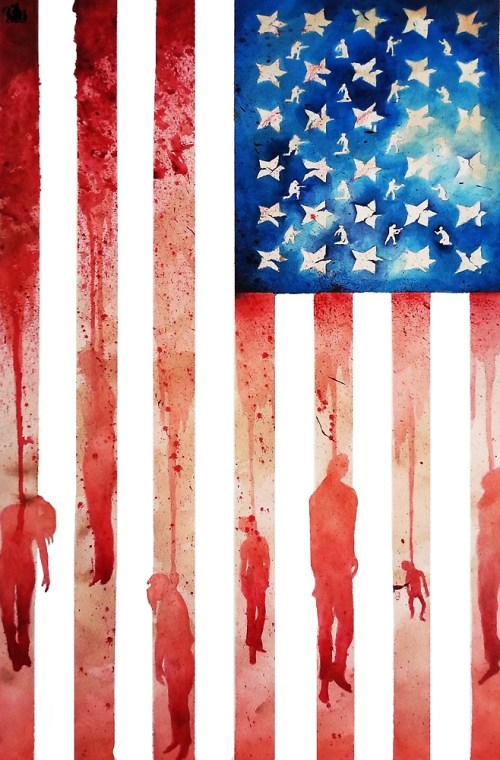 Some of you, in your heart, believe the police should be left to “do their job,” conveniently forgetting that their job is not executioner.

Some of you are perched high atop your privilege, looking low, wrapped in your religious zeal, blaming the victim, blithely ignoring the centuries of evidence that proves beyond a shadow of a doubt our case everywhere but in a court of law, asking me AGAIN to justify our anger, to remain calm in the face of state-sanctioned systemic annihilation, to explain that racism is alive and well and that implicit bias kills, all while looking at me without seeing me, and so I ask you-

When I am murdered by the police, will you believe the story they tell?
Will you wonder why I resisted, and wasn’t compliant to their demands?

When I am murdered by the police, will you shake your head and sigh?
Talk about how dangerous it is for police, and forget my murder is a crime?

When I am murdered by the police, will you rewrite my story?
Put my past on trial to justify why they simply had to kill me?

This is genocide- we don’t have the luxury of time for theoretical debate.
Lives are at stake.

My life is at stake.

Our lives are at stake.

So I ask you again-

When the police murder me, will you believe that a system designed to kill me will bring justice to my mother?

Will you forget I’m a human being?

I am a person.

I’m not a sassy caricature created for entertainment purposes only.

The color of my skin is not an inherent mark of evil to be exterminated at all costs.

WE. ARE. HUMAN. BEINGS. With hopes and dreams and wishes and prayers, and lives, and loves and families and friends.

We are worthy of a justice system, a political system, an education system, a social system that does not demean, devalue and dehumanize us. The fact that I even have to argue this is beyond infuriating.

Is the denial of my humanity what allows you to blame the victim? To ignore the facts? To silence the truth of the narrative? To bask in your privilege?

Why does Black humanity only exist for you so far as you choose to extend it?

Yes, you are only one person, but the steps you must take are really not that difficult. Indeed, they were taught to you in kindergarten:

Don’t counter our truth, THE truth, with your blue lives/all lives shit.

Treat us with the dignity we deserve, that is due to us as human beings, and for God’s sake, don’t make me have to tell you again.

Stop the cycle of dehumanization.

It could save my life.

{Note: Image is New Age of Slavery by Patrick Campbell. You can support the artist here.}