The shooting in Charleston, SC at the Historic Emanuel AME Church has sent the nation reeling.  There are folks who are shocked at this, calling it incomprehensible.  The truth is, it is very understandable. It’s a result of centuries of hate. It is not new. It is not “confusing.”  The possibility of violence in my community is my everyday reality, and the truth is, I’m tired.

I’m tired. Given the significance of a mass murder happening in a Black church in the South, I want more specific, targeted rhetoric, not just the standard “we are praying” and “we are horrified.” Of course you’re praying. You damn well should be horrified. But can you, our “leaders” be specific about the racial significance/implication of this?

I’m tired. I’ve already seen comments that are decrying calling it a hate crime, thus reminding me that there are people in this country who still think that Black and Brown people aren’t targets.

He made a choice. He chose to enter into a historic African-American church.

He made a choice. He chose to sit there, in that historic African American church and “pray.”

He made a choice. He chose to take out his gun and murder. Black people. In a Black Church.

He made a choice.

There are places of business in the area.
If it was just about shooting people, why not go there?

He made a choice.

He chose racism, hate and murder. It is a hate crime.

I’m tired. I’m tired of the Twitter alerts with the hashtags. Because every time I get one, I know that means another Black or Brown person has been brutalized or is dead.

I’m TIRED. Being Black in America is exhausting.  And I feel cheated. Because, dammit, DAMMIT, DIDN’T WE ALREADY MARCH FOR BETTER THAN THIS?  Didn’t we already march, and fight, and protest, and get attacked by dogs and hung from trees for our liberty? Why the fuck are we still here as a country? I never got my 40 acres and my mule, and apparently, I never got the right to exist in my own country without fear.

Where can I be Black? Not at the pool. Not in the street. Not in my car. Not in my own house. Not at church. CHURCH. Didn’t we already go through this? Didn’t 4 little girls already die so NO ONE ELSE WOULD HAVE TO?

And now I’m crying at my desk, trying to disguise it as a cough, because God forbid I show emotion.

I’m just so fucking tired. My brother is a pastor, and if I lost him to some shit like this, I think I’d burn a city down.

So when is this my country ‘tis of thee? Where is my liberty?

I’m tired of having the reality of my existence invalidated.

And I know, I know that other ethnic groups have been persecuted in this country, and helped build this country, and were demonized in this country. But people of Italian descent and Irish descent went from being “othered” to being “mainstreamed,” and haven’t been victims of this kind of thing in a good 2 or 3 generations. Asians went through a horrible time in this country, and we don’t talk about it, which is wrong, but the majority collective has gotten over their “otherness” giving them a status on par with their own. And I’m just fucking tired. When does it get to be our turn to be free in this free society?

As long as you hold on to the Confederate flag as a sign of heritage, it will never be my turn.

As long as you alter your reporting when the victim is Black and the perpetrator is White, it will never be my turn.

As long as you tell racist jokes without it being a “big deal” it will never be my turn.

As long as you continue to whitewash history and act like these things didn’t happen, while pretending that anything that did happen has no bearing on today, it will never be my turn.

God bless the victims of Charleston and their families. And may we never, ever have to go through this again. 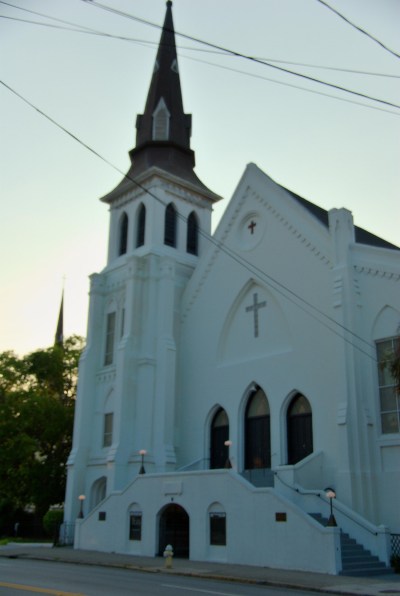