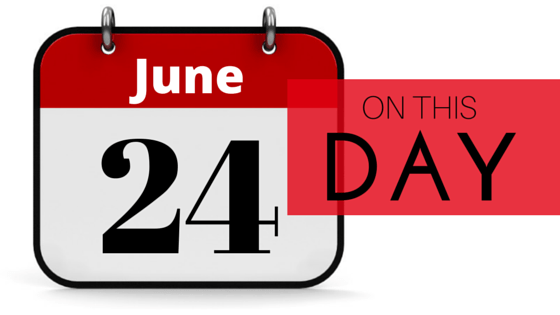 June 24, 1812: Forgetting the Most Famous Classic Blunder, Napoleon’s army invades Russia.  Despite having one of the largest armies ever gathered, the French leader failed to win the decisive victory he expected, and was forced to retreat during Russia’s brutal winter.

1997: the USAF publishes a report explaining away the the mysterious events at Area 51.  No one believes them.

2009: South Carolina Governor, Mark Sanford, missing for 6 days, admits to being in Argentina instead of hiking on the Appalachian Trail.  (Honey Badger knows that affairs are personal issues, but thinks it’s tacky for sitting governors to leave the country for a week without telling anyone.)

It’s also International Fairy Day!  So go celebrate (if you believe in the good kind of fairies) or grab an iron bar or two (if you know that the fair folk are not to be trusted).